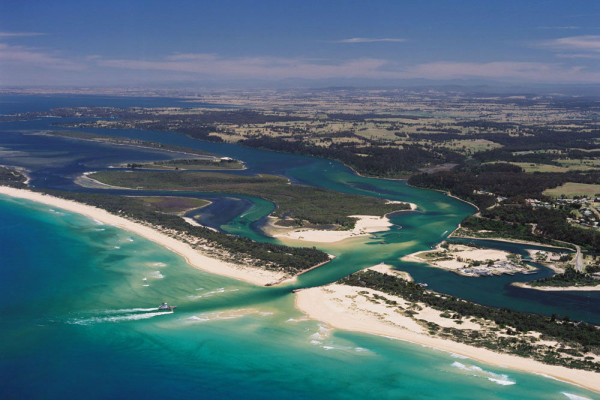 This unique and picturesque park consists of lakes, wetlands, marine and terrestrial environments. The Gippsland Lakes Coastal Park is a narrow coastal reserve covering 17,584 hectares along a portion of the Ninety Mile Beach, from Seaspray to Lakes Entrance. The park also includes the internationally significant Lake Reeve, several islands and the Boole Poole Peninsula.

The Gippsland Lakes fall within the boundaries of the area occupied by the Tatungalung clan of the Gunai/Kurnai people. Evidence of their occupation occurs in numerous midden sites containing shellfish remains, charcoal and burnt pebbles.

The first European records of the Gippsland Lakes were by Angus McMillan in 1840 and of the seaward entrance to the lakes by John Reeve in 1842. The wreck of a ship, the Trinculo which was beached in 1858, is still evident today west of Delray Beach.

Historic sites in the park include the "Honeymoon Cottage" on Boole Poole Peninsula and the blow hole sites on the outer barrier adjacent to Bunga Arm. The site of construction of the artificial entrance to the sea at Lakes Entrance and eel farming ponds near McLennan Strait are still evident today. Remains of more recent activity include survey lines and sealed bores left from petroleum exploration.

The Ninety Mile Beach is a good place to observe shore and ocean birds such as shearwaters, terns and gulls. Parts of the Gippsland Lakes system, including Lake Reeve, are listed under the Ramsar Convention on Wetlands of International Importance, especially as waterfowl habitat. The lakes attract the largest concentration of migratory waders in East Gippsland and are host to breeding colonies of the vulnerable Fairy Terns and Little Terns. You may also observe Common Greenshank, Marsh Sandpiper and Bar-tailed Godwit to name a few.

Within the heathy woodland areas of the park you will see many species of bird including the Common Bronze Wing, Yellow-tailed Black Cockatoo, Grey Butcherbird, Eastern Yellow Robin and the gracious Wedge-tailed Eagle. The park supports a large population of Eastern Grey Kangaroos, Black Wallabies and the common Brush-tailed and Ring-tailed Possums. Less common mammals include Sugar Gliders, Eastern Pygmy Possums and the endangered New Holland Mouse.

The plants growing in the park can be divided into three main types: coastal, swamp and heathy woodland. These grow mostly on leached sand of low fertility. Coastal vegetation growing along the seaward side of the dunes is adapted to grow in harsh conditions of wind, salt, sun, shifting sand, little water and few nutrients. These plants include Hairy Spinifex, Marram Grass, Cushion Bush, Coast Saltbush, Sea Rocket and Coastal Everlasting.

Behind the dunes conditions are less severe allowing Coastal Tea-tree thickets and Coast Banksia woodlands to grow. Swamp vegetation grows around the lakes and includes rushes, sedges and Swamp Paperbark.