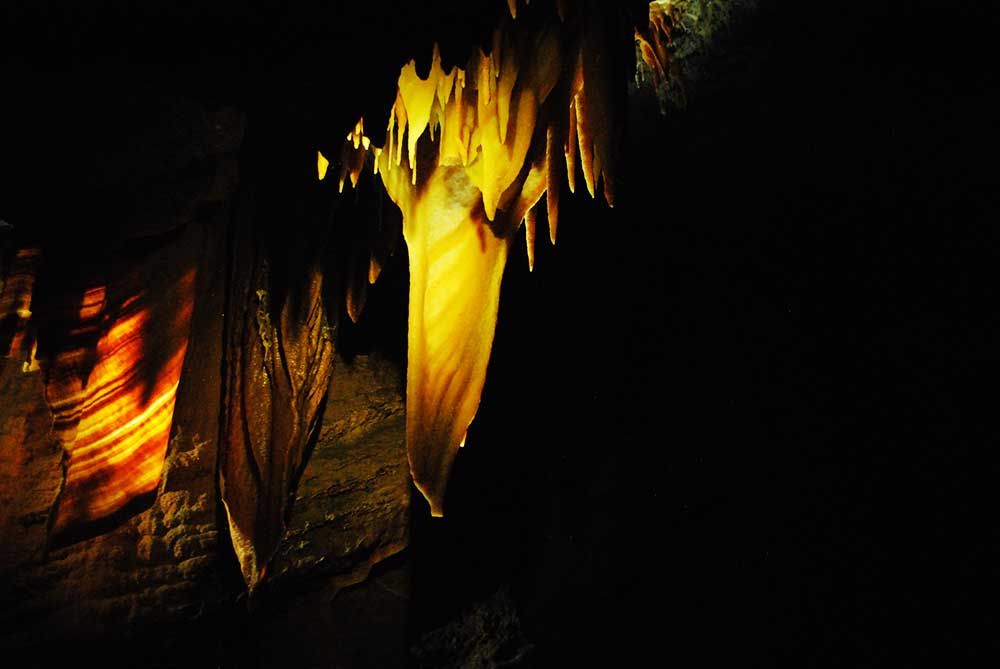 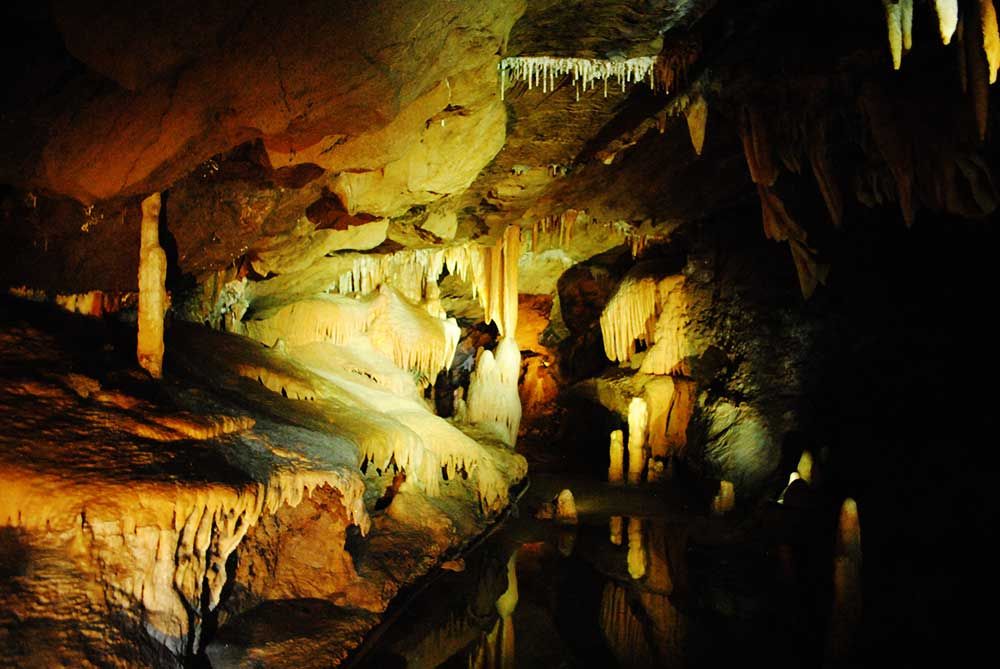 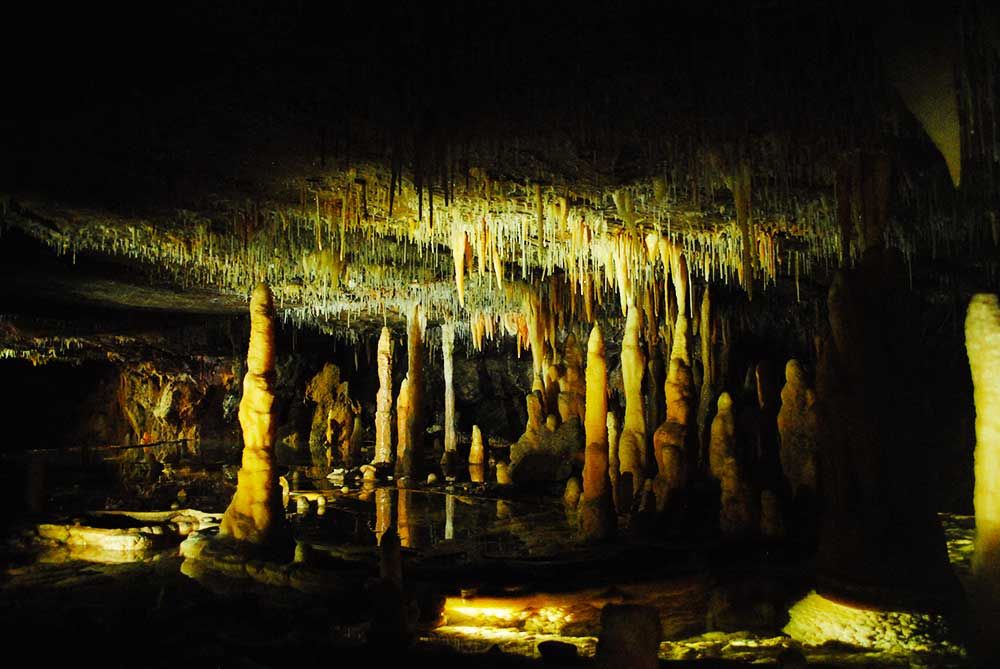 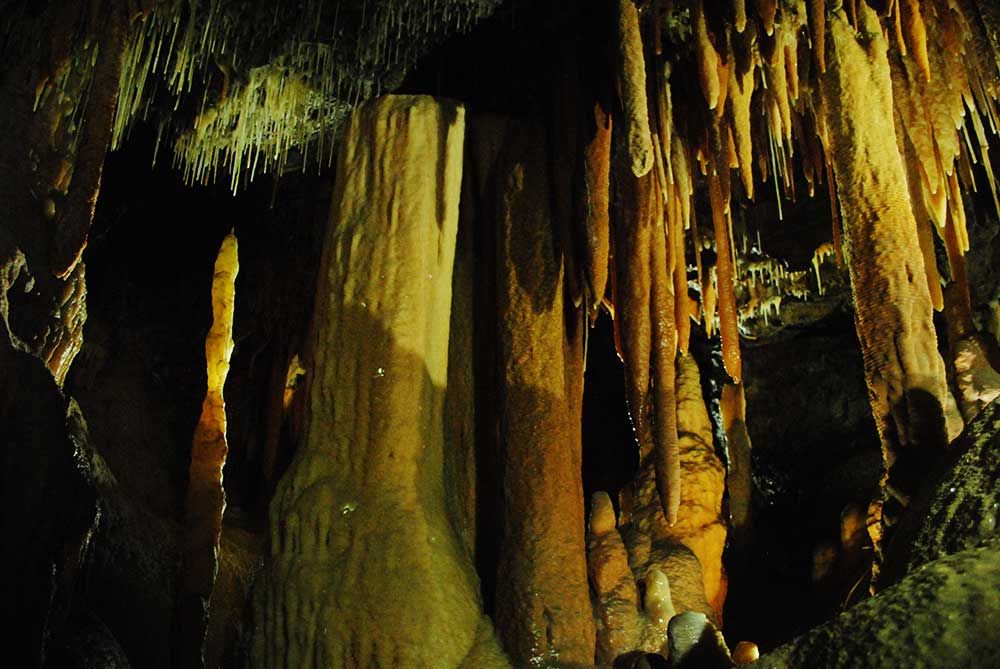 ​​An day drive to Buchan Caves, a quarry of Limestone Caves not far from Lakes Entrance, via Nowa Nowa.

Limestone Caves in the hills north of Lakes Entrance

​Near the township of Buchan, lies a honeycomb of caves full of spectacular limestone formations. Buchan Caves were formed by underground rivers cutting through limestone rock.

The formations are created by rain water seeping through cracks and dissolving some of the limestone. As each droplet comes through the roof it deposits calcite which crystallises in a small ring.

In time, stalactites are formed on the roof of the cave, and stalagmites build up from droplets which fall to the floor.

The Reserve was established to cater to the needs of the thousands of visitors who visit the caves each year.

The caves were reserved in 1887, though largely by accident - they were on land set aside for stock camping. The government commissioned an exploration soon afterwards and reserved the land to protect the caves.

In 1907, Frank Moon discovered the Fairy Cave which was opened to the public later that year. Royal Cave was discovered in 1910 by Frederick Wilson and after an entrance tunnel was excavated, it was opened to visitors in 1913.

The Caves Reserve was set out and planted mostly in the late 1930s.

Fauna: Buchan Caves Reserve is home to many native animals including the Eastern Grey Kangaroo. More than 60 species of birds have been sighted in the reserve.

Vegetation: Hundreds of deciduous trees and native trees have been planted in the Buchan Caves Reserve.

Looking After the Park: Pets are not allowed in the Reserve.

How to Get There: Buchan Caves Reserve is 360 km from Melbourne, north of Lakes Entrance (Melway ref: 529 D3). From Lakes Entrance, travel north to Nowa Nowa, then follow the signs to Buchan. The Caves are on the outskirts of Buchan. It takes about 1 hour to leisurely drive from Lakes Entrance.

For more information visit our Buchan Caves page at : https://www.lakesentrance.com/explore/national-parks/item/buchan-caves-reserve .

No comments made yet. Be the first to submit a comment