Lakes Entrance: On the incoming tide at Kalimna Jetty for whiting, taking pipi. The Post Office Jetty for trevally and mullet, using worm for best bait. Lake Bunga and Eastern Beach for salmon around 2kg mark on pilchard and poppers. Offshore at the Entrance has been very rough recently and is slowly improving but need to be careful.

Lake Tyers: 32cm Bream are about Long Point and up passed the Highway Bridge, best results using blood worm and peeled prawn. Devil’s Hole is also worth a look for bream. Some flathead in shallow waters.

Mitchell River: From the barrier to Grassy Banks, Rickets Point and down to the river mouth for bream, taking local prawn. The back water and towards highway Bridge for perch with soft plastics and hard body lures.

Tambo River: Sardine Flats to Howlett’s Flat and down to Reynolds Road and heading to the Snag’s are best spots for bream on shrimp and peeled prawns.

Nicholson: Between the Two Bridge for bream on drifting prawn, some mullet are about. The Little Cliff’s and down to the River Mouth is also worth a look with local prawn and shrimp for bream.

Metung: The Board Walk, Town Jetties and about the Shaving Point area at around dusk for bream, the odd flathead taking crab, soft plastics and prawn.

Paynesville: Bream are around structures and Jetties. Mullet are also about the Strait and Banksia Peninsula. Duck Arm is also worth a look. Best baits are worm, crab and pipi.

Hollands Landing: The Strait is the best spot for bream at present. The Wood Pile, Hollands Landing and Seacombe Landing are worth a look with prawn, worm and soft plastics.

Marlo: Mullet are about, luderick around the Groynes and the odd big bream are also taking worm. Surf beach is best for salmon and Tailor with pilchards and poppers as preferred bait.

Bemm River: The Lake is the best spot for bream with worm as best bait. Surf beach have some nice salmon and prefer taking lures for best results.

Tamboon Inlet: From the river mouth and heading up to about five kilometres for bream taking peeled prawn. Flathead are about at Pelican Point taking pilchards. Surf for salmon on blue bait and pilchards.

Mallacoota: Harrison’s Channel for luderick, bream and salmon best results with weed, yabbies, prawn and lures for salmon. The Top Lake for bream and flathead.

Omeo High Country: The Best spot for Trout at the moment is the Mitta Mitta and best results are using lures.

If you're thinking of a fishing trip to Lakes Entrance, take a look at our huge selection of Lakes Entrance Accommodation providers. Hotels, Motels, Apartments, Cabins and Cottages. Or, if you're planning on Camping, there are plenty of Caravan and Camping parks situated in Lakes Entrance. 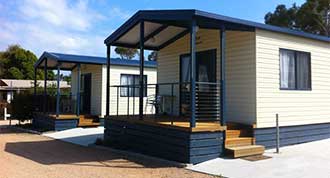